The Udine Golf Club is located in Fagagna, one of the most beautiful villages of Italy, surrounded by majestic hills covered by oak and beech trees against the backdrop of the Carnic Alps. It enjoys a very central position, lying a dozen kilometres from Udine and San Daniele (a town renowned for its ham).  Only 10 minutes from the A23 motorway exit Gemona-Osoppo with a direct connection to Austria.

Founded in 1970, it obtained the affiliation to the Federation in 1972. The English architect John Dering Harris, an already excellent golfer, after having assessed the undulations of the terrain and being assisted by the Venetian Marco Croze (a life for golf), prepared a first draft for 9 holes. Croze himself completed the golf course in 1995 by harmoniously supplementing it with additional 9 holes within the 73 hectares of the grounds. In 2013, Gabriele Lualdi concluded the acquisition of the golf complex and a year later engaged the agronomist Fulvio Bani to carry out a complete restyling of the golf course. This was a restyling that was not limited to the course only but involved all the complementary services in order to make it an important golf course in southern Europe. Currently, the competition course is a Par 72. Technically challenging, it covers a length of more than 6.300 metres, following the contours of the morainic hills where it is located. Significant the Club House restyling and the new beautiful Driving Range. There have been 5 presidents of the Udine Golf Club: Dino Bruseschi 1972-1975, Paolo Malignani 1975 to 1992, Franco Marzona 1992-1994, Alberto Malignani 1994 to 2013, from 2013 to until today Gabriele Lualdi.

Especially noteworthy is the 15th hole, the longest hole of the golf course, with many trees on the right and a fairway on the left and a putting green that is frontally protected by a lake. The 18th hole, instead, has recently been completed and is a par 4 of about 380 meters uphill that ends in a very large green that is difficult to read correctly with its various slopes. 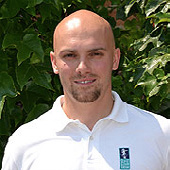 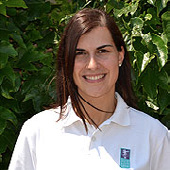 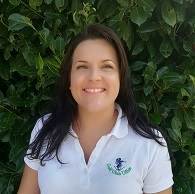 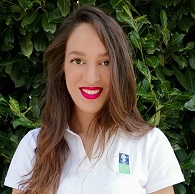 To become a fan of the game of golf is easy. It’s a sport that requires constant, technical preparation but one that brings great satisfaction. The Club makes highly trained pros available to those who want to learn this sport and players who want to improve their game constantly.
Call the secretary for more information and to book your lesson! 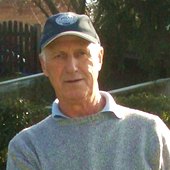 Born in Como on 27/07/1947, worked as a pro on courses in Udine, Lignano, San Remo and Dellach (Austria). He has been a national golf trainer for 7 years training men's national team and in charge of the junior golf license in Veneto, Trentino Alto Adige and Friuli Venezia Giulia. In the course of his career he has taken part in 3 seminars with John Jacobs and others with: Haney, Bob Ross, Bob Tosky, Ken Venturi, Mike Hebron, Gary Wiren, Gim Flick and Tom Linskey (the Australian pro who began the coordination of Italian pros at the national school of golf). He speciality was organising the training of the young people in the clubs where he worked. Many players developed with him: Niccolò and Francesco Plazzotta, Filippo Burelli, Tommaso Dus, Jacopo Aggio, Camilla and Andrea Patussi, Virginia Elena Carta, Alessandro Mulinaris, Federico Toss and other golfers of good standing, young and otherwise, scattered around the clubs of the Veneto and Friuli. To mention but a few. Among those of his pupils who turned pro: Federico Frangiamore, Giampaolo Fanti and Jacopo Aggio. 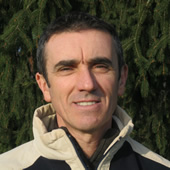 Born in Sanremo on 10/08/1964, Roberto Ranzo turned professional in 1988 , winning the national title in Rome (Acquasanta). From 1988 to 1997 he took part in 60 competitions on the professional circuit challenge tour. In 1992 he was part of the national team of professional players coached by Denis Pugh and Devid Pelz. He took part in the national qualifications of the British Open in 1996 (London) and 1997 (Edinburgh). He has collaborated with the Franciacorta, Albenza, Vicenza and Tarvisio golf clubs. While working at Franciacorta he received important national awards for his commitment to youth activities. Currently he works as a Pro at the Golf Club Udine and at the driving range La Faula which he founded in 2006.

Collective courses for a maximum of 6 participants run for five weeks with two hours of lessons per week and are taught by a qualified teacher.

The special price is € 150 per person and includes: the use of the equipment, practice balls at the discounted price of € 1.50 per bucket, use of the course driving range even outside of the group lesson time during the 5 weeks course period. 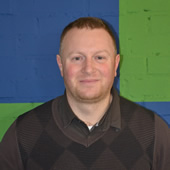 The Italian Golf Federation is very keen on developing activities for young people. One of these initiatives is called the Junior Club and, for each Club, this is an excellent way of encouraging young people to take part in this marvellous sport.  The main objective is to pass on the techniques of the game and respect for the game's rules of conduct.
The Junior Club of the Udine Golf Club has around 30 young members aged between 6 and 18 who are divided according to their level of play:

This is the most important project promoted by the Italian Golf Federation to try to make Clubs and players aware of how to practise eco-sustainable golf, emphasising the enhancement of the local resources and the reduction of waste.
The Udine Golf Club attained the “Committed to Green” certificate in 2005 and decided to continue on this path to gain the GEO award (obtained in 2011). Golf Club Udine, in September 2015 reconfirmed GEO (till 2018) and "Committed to green" certifications, thanks to the steady standard quality of Golf course maintenance and the attention to the environment. 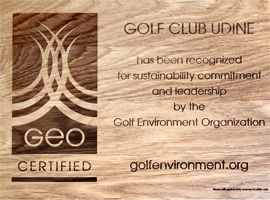 GEO is one of the most sought-after and prestigious environmental certificates that a golf course can attain. It is recognised at the European level thanks to the standard parameters used as the assessment criteria for landscapes and ecosystems, water, energy, products and supplier networks, environmental quality and the local community.  The contribution of Mauro Mantovani, the course manager and superintendent, has been vital. He has brought to the club constant quality in the standard of maintenance of the course, with particular care for the environment. Consult the Udine Golf Club’s GEO report.